This is the new blog...CONFESSION ZERO

The Peace Tree has come to a close. 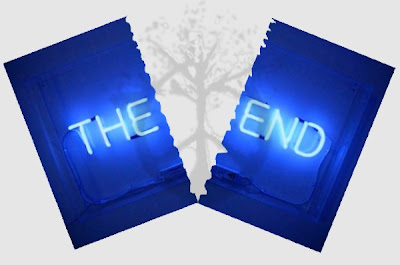 Dear readers and authors, present and past, it is time to close The Peace Tree's doors for good. It has been a wonderful experience for these past years, but all good things must come to an end so that others may rise in their place.
It has been a pleasure.

Email ThisBlogThis!Share to TwitterShare to FacebookShare to Pinterest
Labels: goodbye, the peace tree 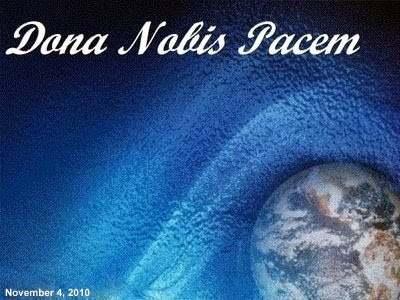 Welcome to the 7th launch of BlogBlast For Peace aka Dona Nobis Pacem in the blogosphere. It's inception began in 2006 with one single post and a cry for peace in our world.

A small group of bloggers answered that challenge and it began to spread across the internet in ways that humble me still. It reaches across political lines and religious creeds, abides in corners of unrest and places of hope, gives voice to individual beliefs and promotes tolerance for diversity. It celebrates the genius in each one of us, found in sparkling conversations of passionate pleas for change in the earth. It is that hope for change that motivates us.

It was the Internet's first ever online movement of its kind to invite bloggers to post the same message on the same day. From blog to blog it has moved and continues to grow. We have been amazed to see the power and passion shown each year displayed on pages across the world. We visit each other with our prayers and scribbles, prose and poetry, art and angst, heart and hilarity - and we are moved by it. From one post to thousands of others in fifty countries and almost every state in the United States, something rare and wonderful happens on BlogBlast For Peace day.
I am privileged to witness it.
I invite you to experience it.
It's time.
Join us!
November 4, 2010
Bloggers from all across the globe
will blog for peace.
We will speak with one voice.
One subject.
One day.
How To Get Your Peace Globe 2010
Here's how to do it in 4 easy steps!
1. Choose one of the Peace Globe designs shown on this page. Right CLICK and SAVE in JPG format.

2. Sign the globe using Paint, Photoshop or a similar graphics tool. Decorate the globe anyway you wish. You can even include the name of your blog. Clickhere for thousands of inspiring examples from previous BlogBlasts.

3. Return the peace globe to me via email ~ blogblastforpeace at yahoo.com and sign the Mr. Linky below. Leave a comment and your blog's name and url in the Mr. Linky so that we can visit each other.
Your submission will be numbered and dated in the official gallerywith a link back to your post and a permanent spot on the Official BlogBlast For Peace website.

Title your post "Dona Nobis Pacem" - Latin for Grant Us Peace. This is important. The goal is for all blog post titles to say the same thing on the same day. Write about peace that day or simply fly your globe.
Come back here and sign your name again once you've posted your own globe.

Need ideas and inspiration? Go to BlogBlast For Peace.com to see the gallery of thousands of peace globes and posts from 50 countries already submitted and numbered.
If you'd like to read about the history of this movement, go here.
Posted by Billie Greenwood at 4/21/2010 09:16:00 PM

ORWELL ROLLS (in his grave)

Perhaps the most important documentary available...